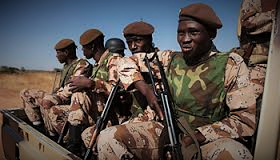 My latest project (along with a few gaming mates) is some 6mm action set in a current day African "imagi-nation" setting. For those completely unfamiliar with the concept of imagi-nations, they are basically fictional countries set up for the primary purpose of providing a wargames campaign and background setting, without the potential historical and political baggage of using real adversaries.

Imagi-Nations are particularly popular in settings where they could plausibly have existed in reality, but are lost in the 'noise' of a multitude of real-world factions. So backgrounds where there are many fractured small real world countries and factions, like 18th century Europe where there were a multitude of small kingdoms, principalities, duchies, and countries. Likewise, Africa is a popular imagi-nation setting due to the large number of small countries, international  and internal conflicts with many factions, and the occasional creation or disappearance of nations.

The other attraction of Imagi-Nation gaming is the fact that it can offer a bit more poetic licence, imaginative narrative and creativity in creating and gaming with forces. Since the forces are fictional, the gamer can create whatever background fits his needs, and can design and equip the forces according to his own whims. Cobble together whatever equipment you want, or have lying around unpainted and in spares boxes. Paint it whatever colour you want, and organise the units however you see fit. You really can go to town with some wonderful creations, however having said all this I find it is often easiest and best to base your force (at least loosely) on an existing force, as this gives it some veneer of believe-ability. I'm looking forward to using some minis that I either already had, or want to buy (because they look cool), but that I couldn't find a historical pretext in which to use them.

This was the idea in launching our project for 6mm Modern African Imagi-Nations. The guiding ideas were discussed and agreed loosely as:

Since we're using the FFT rules (which include points), and will likely use scenarios and a campaign system, there are advantages and disadvantages to all of these forces. For example, poor quality troops with obsolete equipment won't perform brilliantly, but will be plentiful because of their low points values. But they might be quite useful in some scenarios, when playing against a much smaller but better equipped and better quality force (eg. Western Intervention forces). In any case, it should all provide some fun and variety!

I'll post the first battle-report shortly, along with some more info. 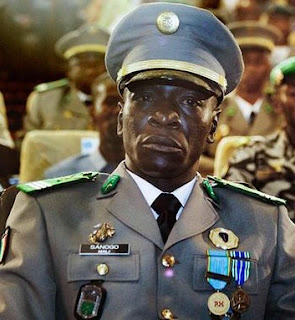