I recently painted up some of the newest releases from Oddzial Osmy (O8) received via my trusty suppliers in the US, PicoArmor, and all I can say is "WOW"!!

I've mentioned before that Marcin's sculpts (from O8) keep improving with each new release. True to form, the releases of the latest 'ultra-modern' Israeli vehicles are probably the best 1/600 miniatures produced by O8 to date.

All of these have been on my "wish-list" for several years. I periodically post this wish-list to the 3mm Miniatures Yahoo Group, The Miniatures Page, and other forums. I can't say whether Marcin actually takes note of these posts or not, but either way his latest wave of releases are just fantastic and have made me a happy gamer!

The detail on these little models is simply staggering. Some pictures are below. Remember, these are 3mm (1/600 scale) miniatures, and they are as well sculpted and detailed as the best 6mm miniatures (1/285 or 1/300 scale). Amazing. 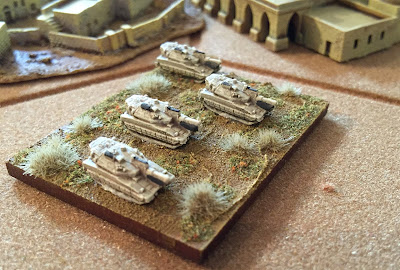 This is a very nice model of one of my favourite tanks, modernising the earlier Merkava I and IIs. The details are very crisp and nicely defined - it's a great looking model. These MBTs make up the majority of the Israeli inventry these days (although Merkava IVs are being introduced progressively) and featured in many of the Israeli's latest campaigns. 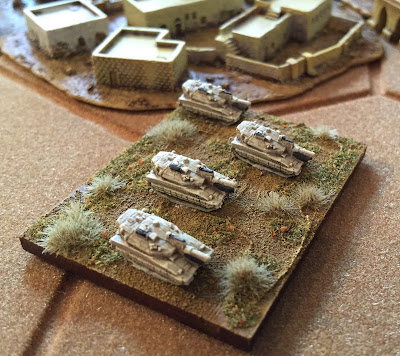 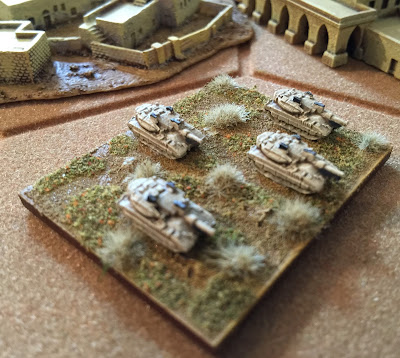 To learn more on the Merkava III, go to:
Wikipedia: Merkava 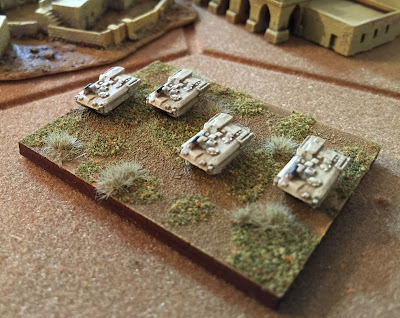 This is a heavy APC based on the T-55 Chassis. The Israelis captured plenty of these in the 1967 and 1973 wars and have put them to good use by removing the turrets and converting them into an APC with the same mobility and protection as an MBT. This vehicle was among the first of the heavy APCs, and was the fore runner to the Namer (see below). 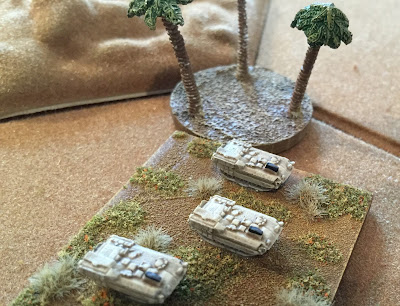 To learn more about the Achzarit, go to:
Wikipedia: Achzarit 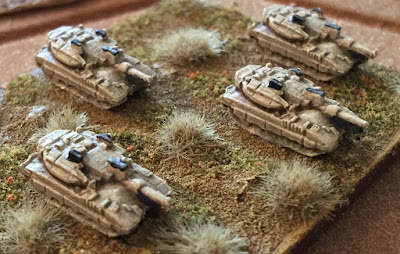 Latest generation of the Merkava. This tank has it all - good armour, good gun, active protection system, gun-launched ATGM, etc. I can't wait to try this out on the gaming table! As for the model, well it's superb... 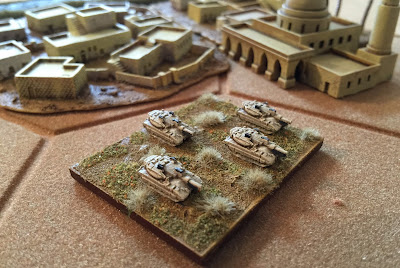 To learn more on the Merkava IV, go to:
Wikipedia: Merkava 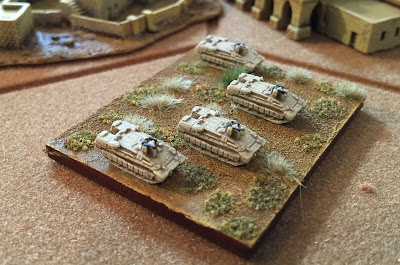 I've saved maybe the best for last. The Namer is a heavy APC based on the Merkava IV chassis, and again it's one of my favourite vehicles. Modifications to the Merkava include removal of the turret to free up room for some Infantry in the back, and addition of a Remote Weapon Station and Active Protection System. The result is probably the most formidable APC in the world. It's certainly the most protected transport for the dismounts it carries! 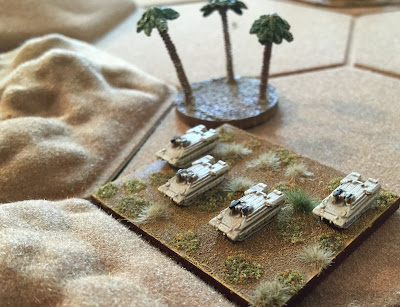 To learn more about the Namer, go to:
Wikipedia: Namer

I'm currently looking at some scenarios in which I can use these beasts. The obvious ones are historical scenarios based on the Israeli campaigns into Lebanon and Gaza over the past 10 years. This would give me an opportunity to try out the 'Insurgents' house rules I devised for Fistful of TOWs (available on my 'House Rules' link on this blog). Should be interesting.

A less obvious option, but one I've had an itch to do for a while, is a fictional 'refight' of the 1967 or 1973 battles in the Sinai between Israel and Egypt. The concept is that I'd use the same situations and units, but with updated equipment. For example, Egyptian M1A1s taking on Israeli Merkava IIIs and IVs. This could be a very interesting 'what-if' clash, enabling the gamer to test out latest generation 'western' style MBTs against each other. It may not be that plausible, but is still a good excuse to test the equipment on the tabletop in a hypothetical situation.